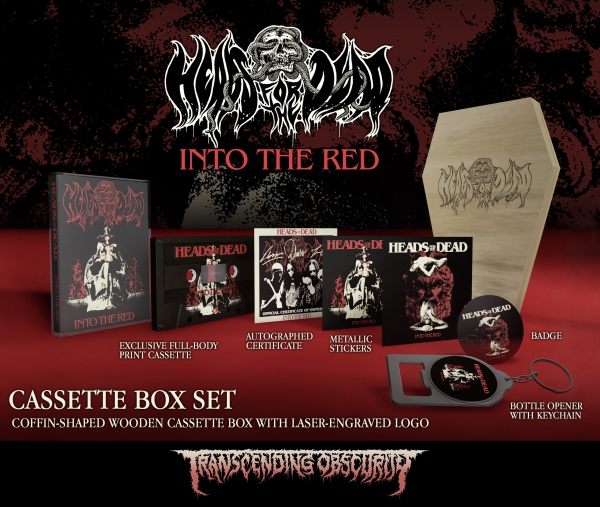 Everything about this album's cassette box set screams phenomenal! For starters, the coffin-shaped wooden box is made of high quality pine wood, and has the Heads For The Dead logo laser-engraved on it. Please note that this coffin-shaped box is different in size and aesthetics than the box for the CD. This one is made exclusively for the cassettes and the related items. This is what you get with it - 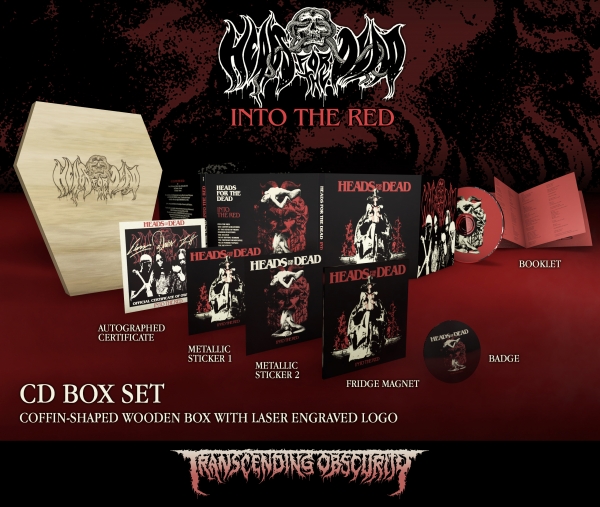 Limited Edition
LIMITED
PRE-ORDER
Heads For The Dead
Into The Red
Boxset
$34.99 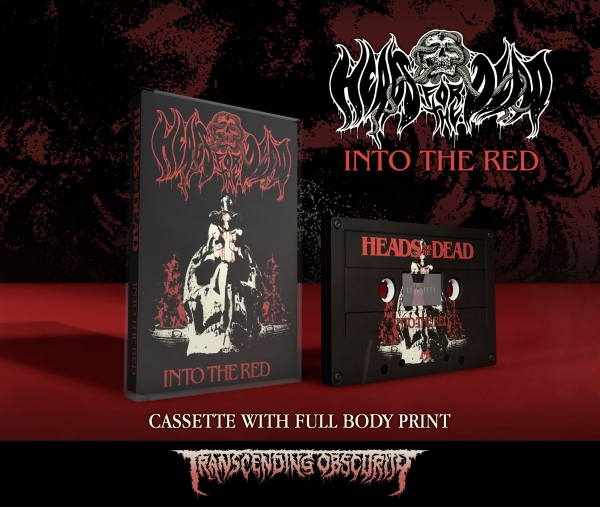 Limited Edition
LIMITED
PRE-ORDER
Heads For The Dead
Into The Red
Cassette
$11.99 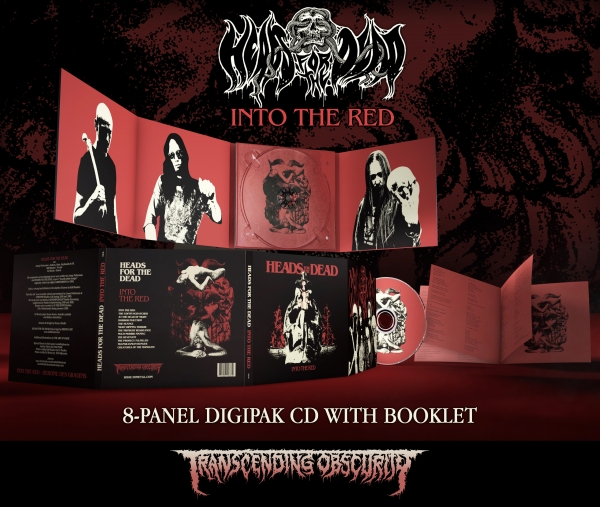 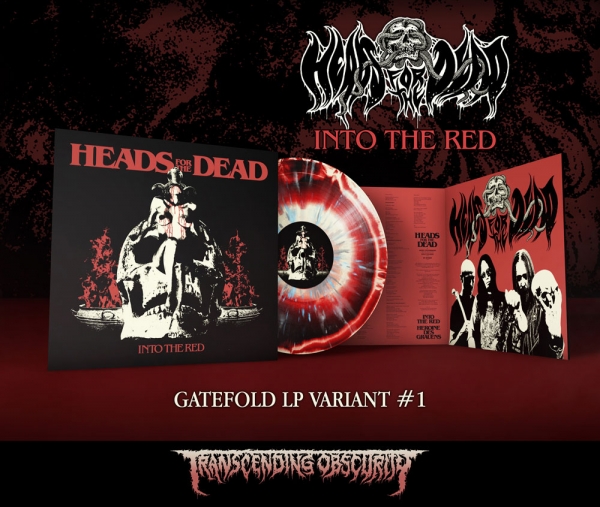 Limited Edition
LIMITED
PRE-ORDER
Heads For The Dead
Into The Red
12"
$27.99