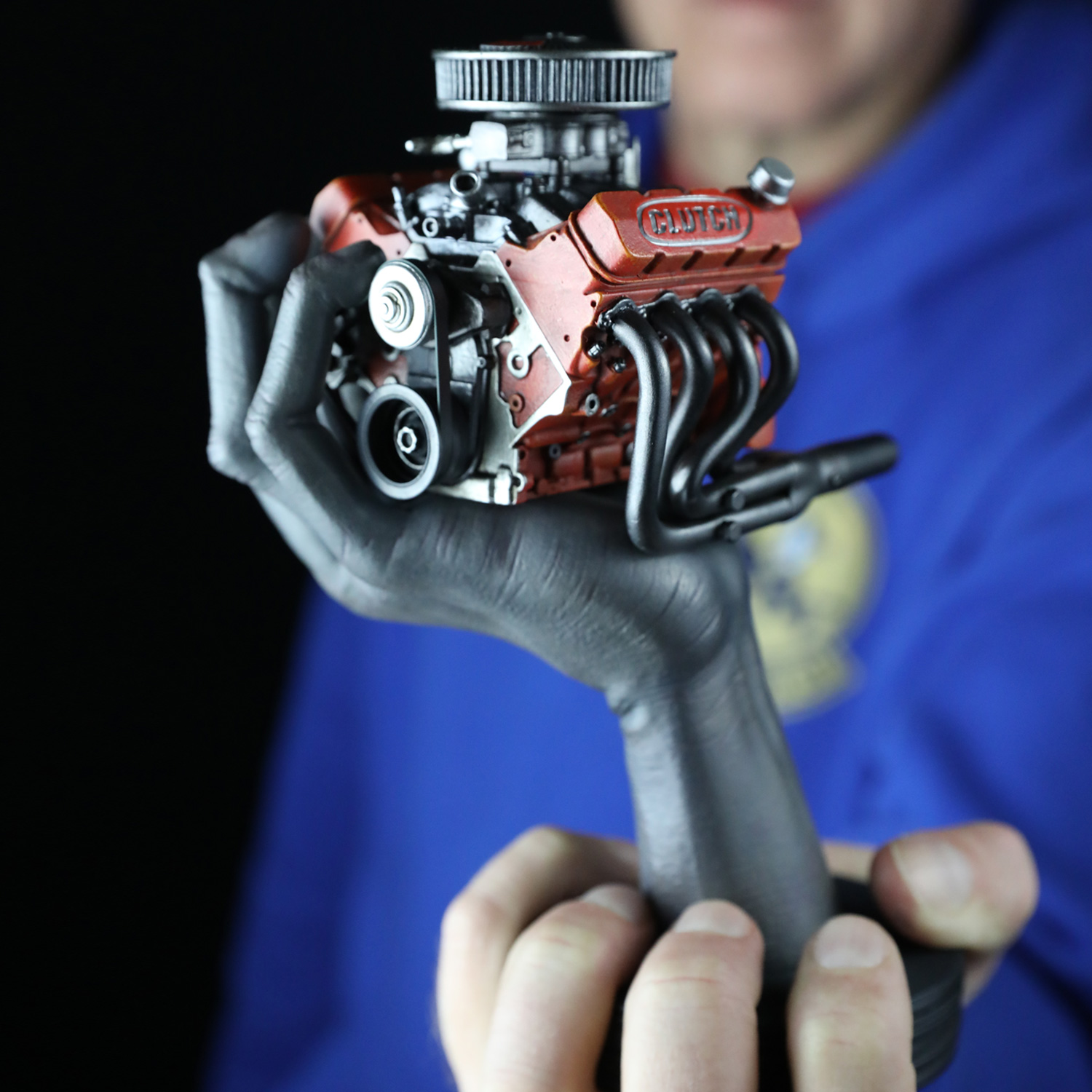 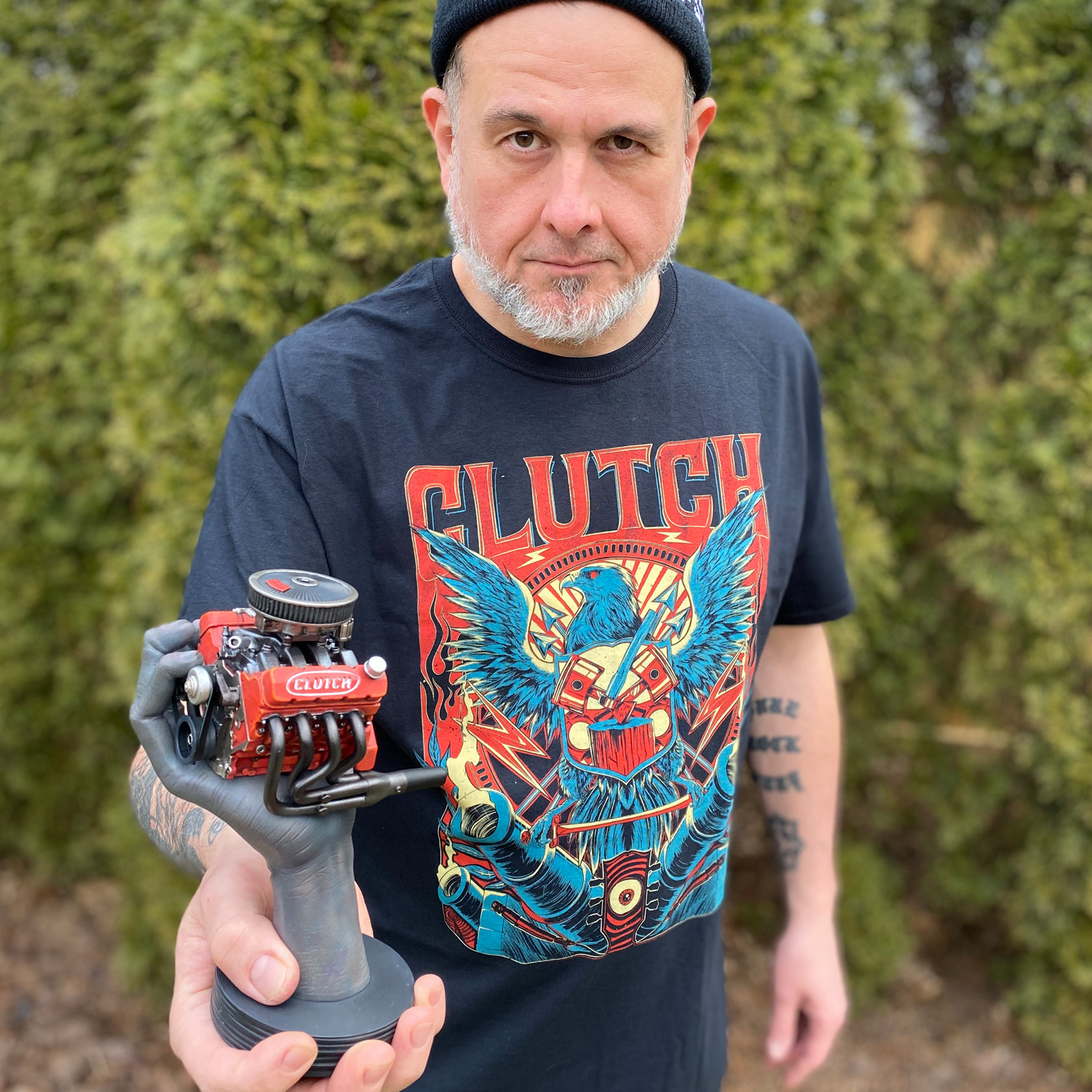 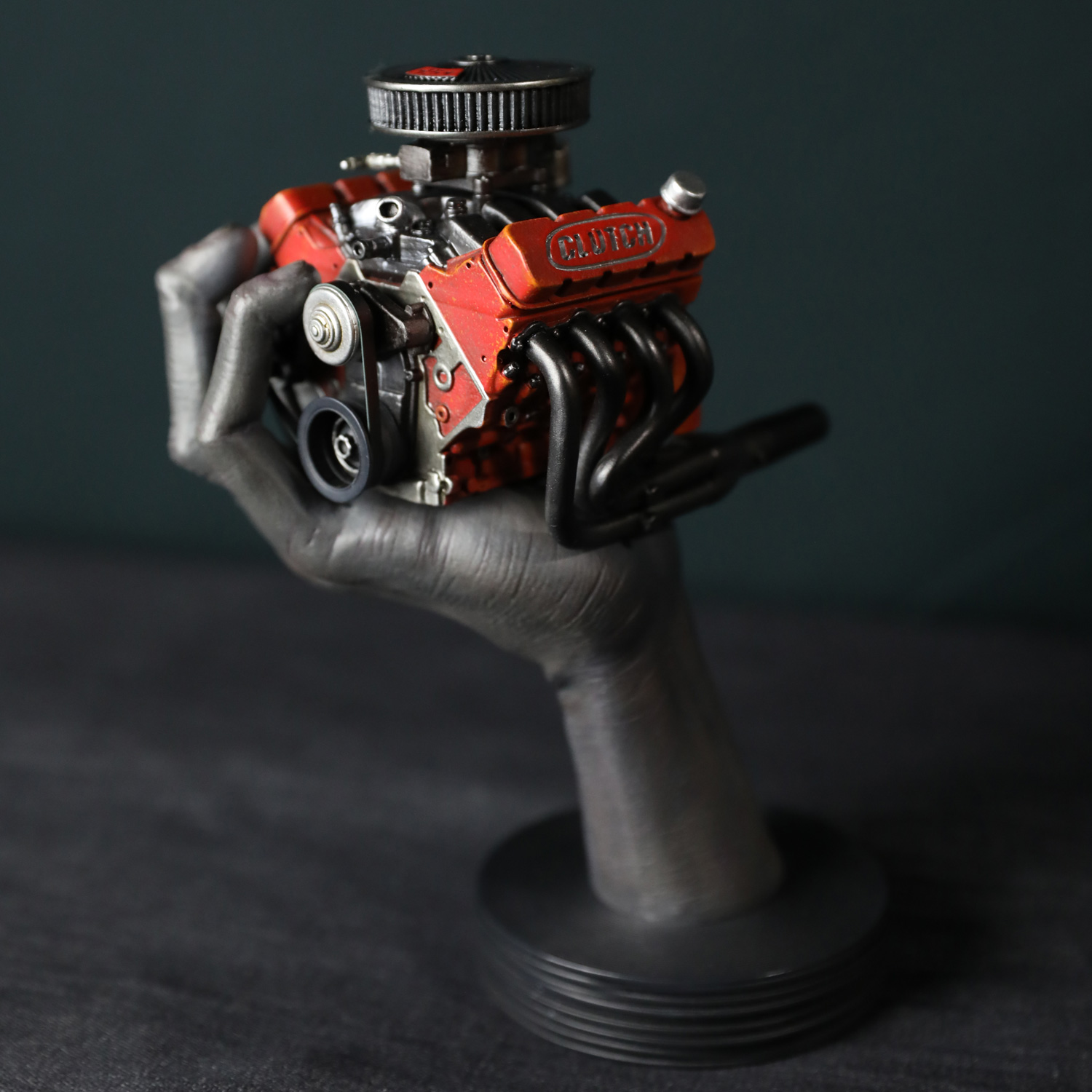 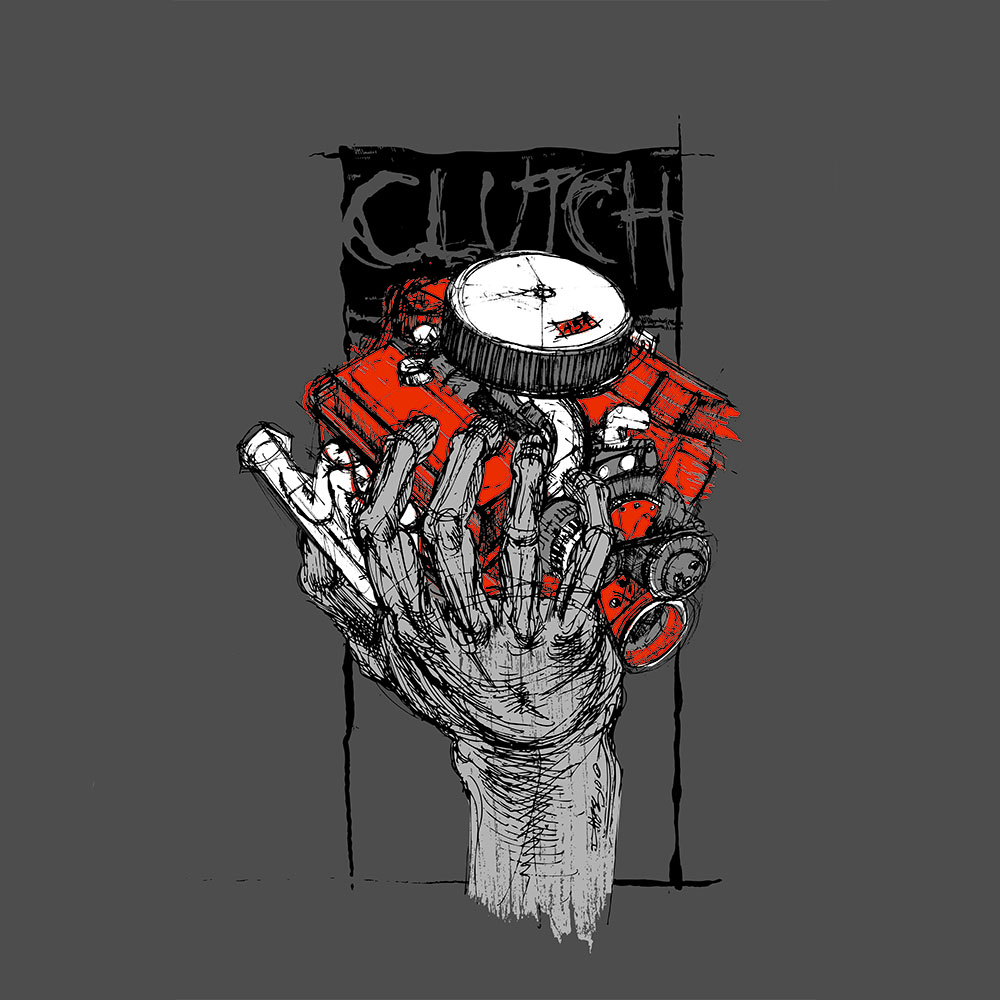 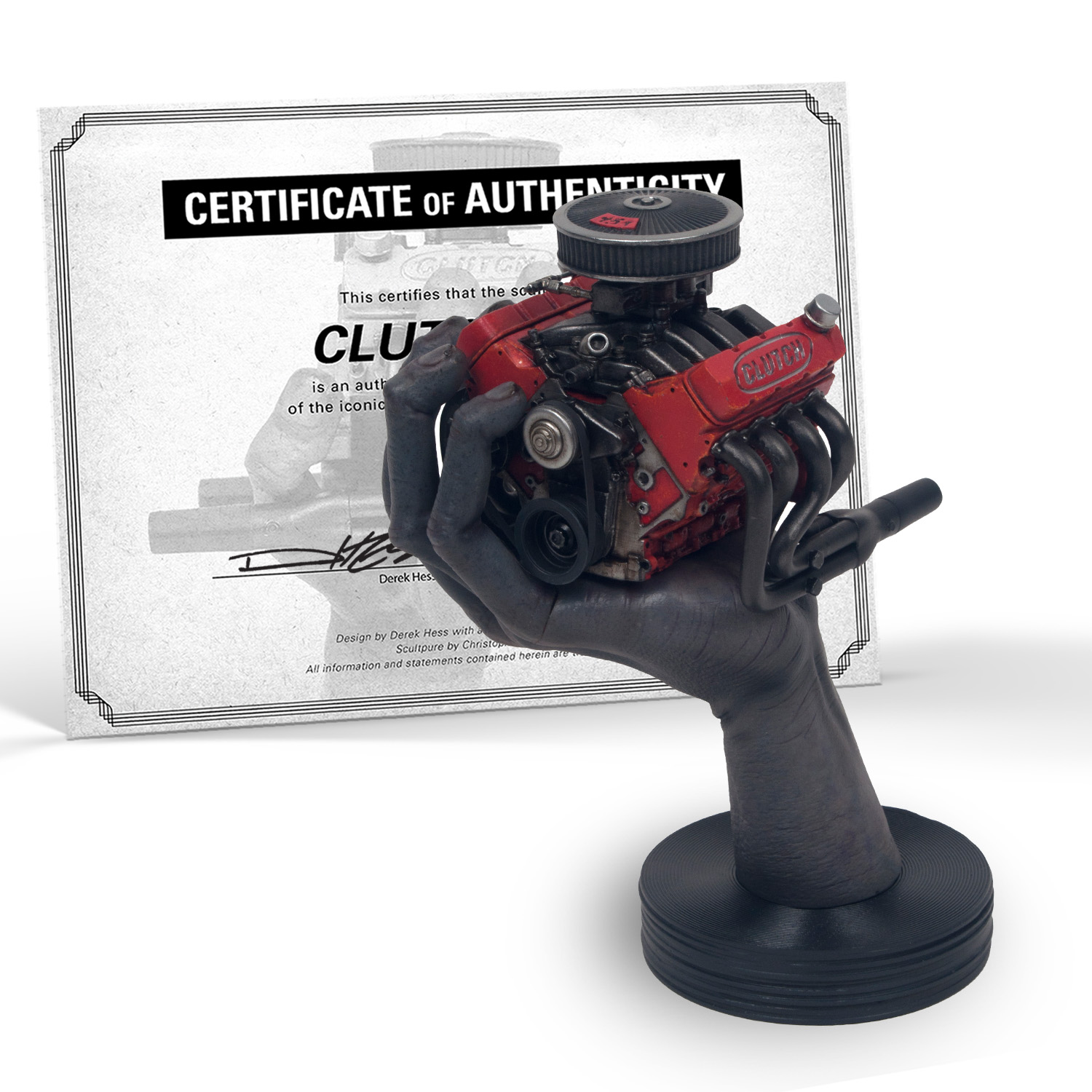 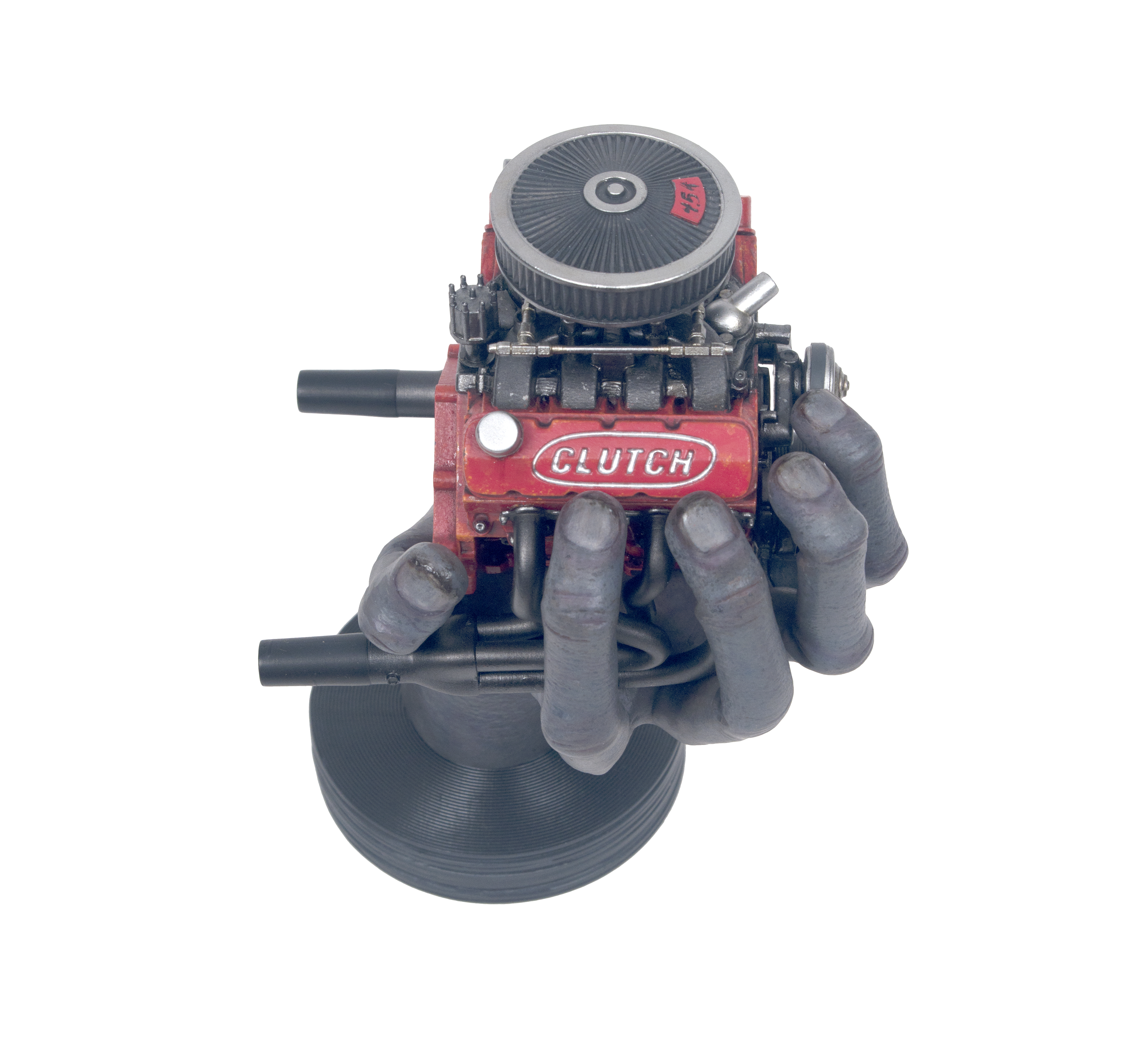 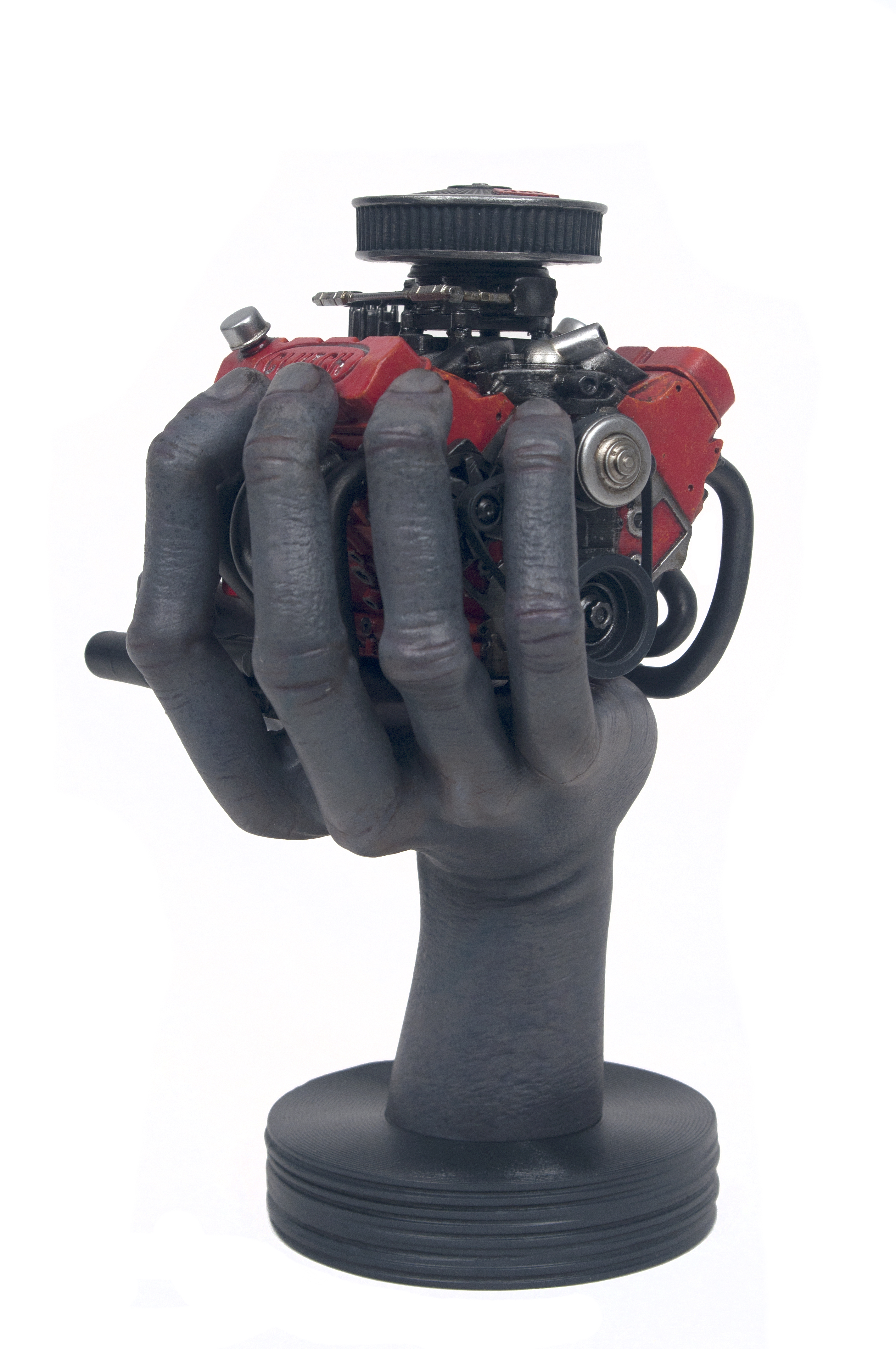 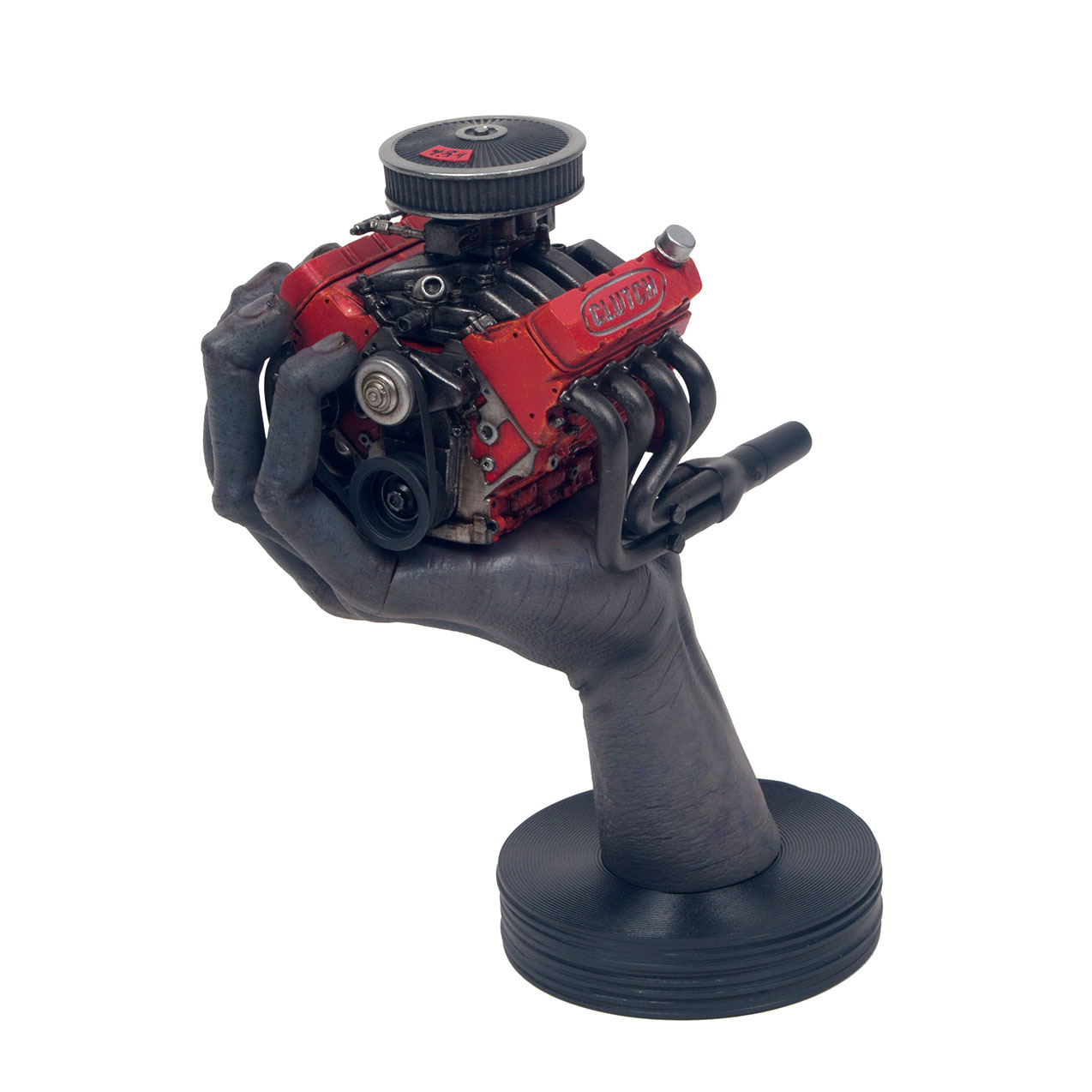 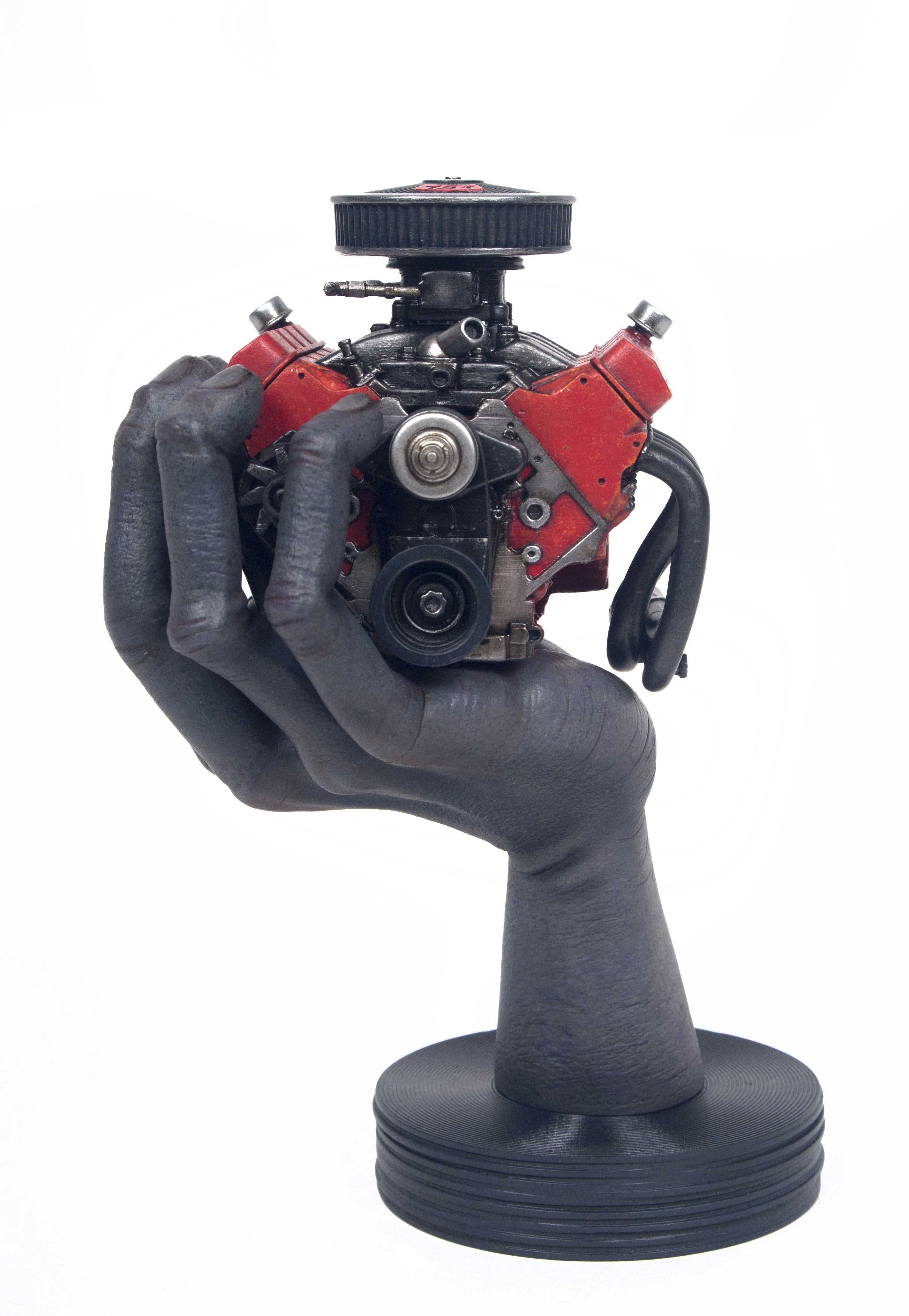 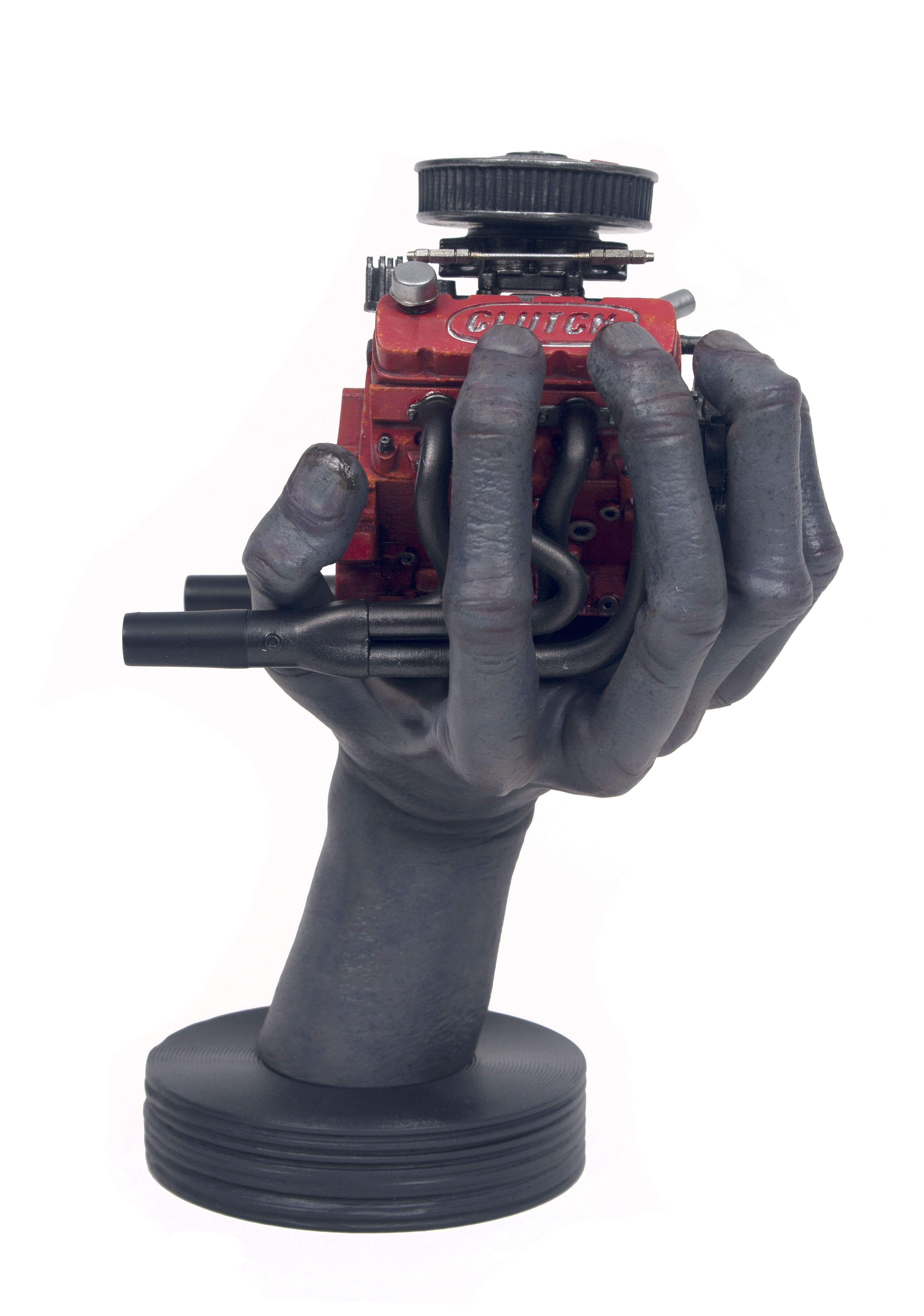 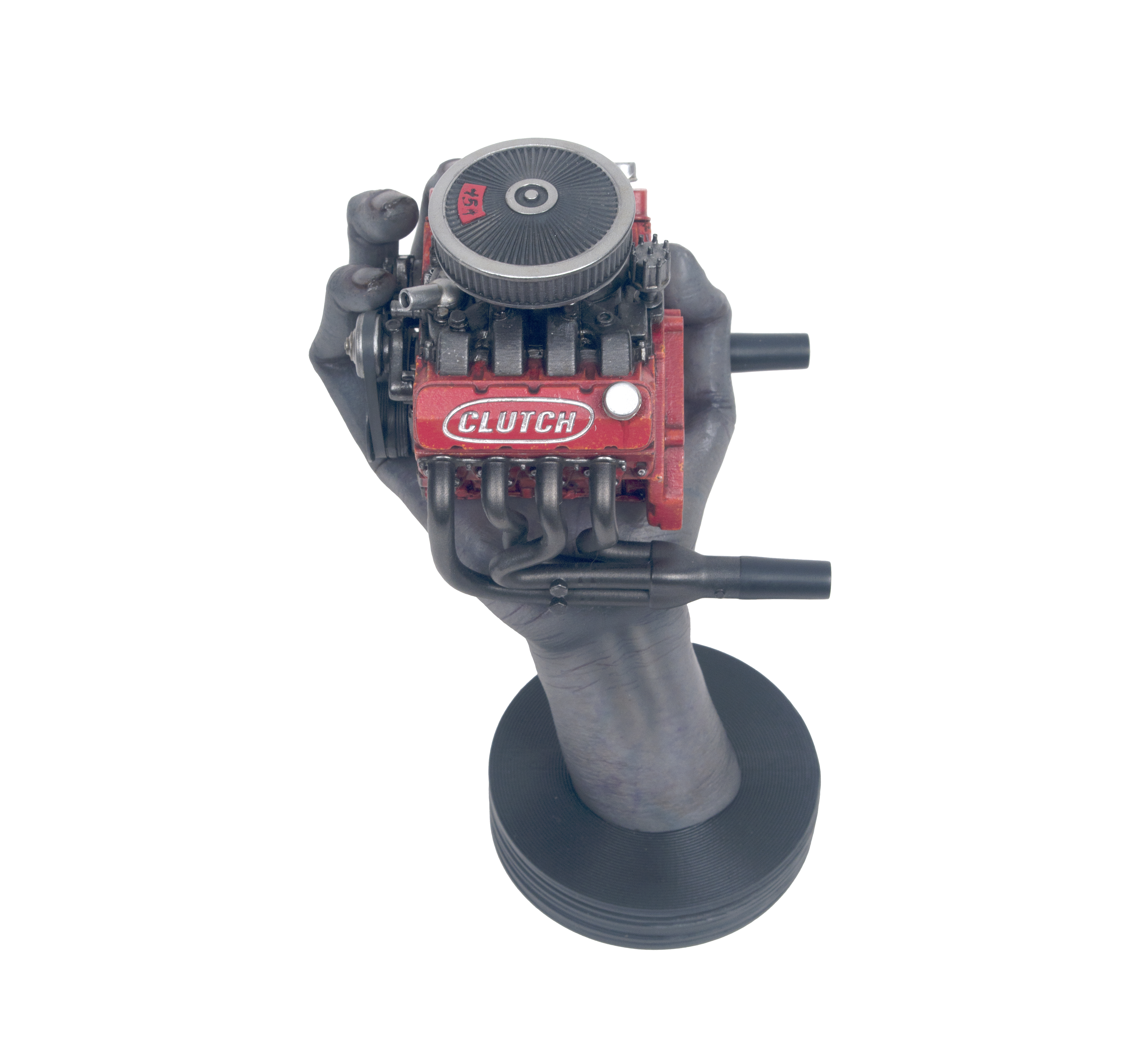 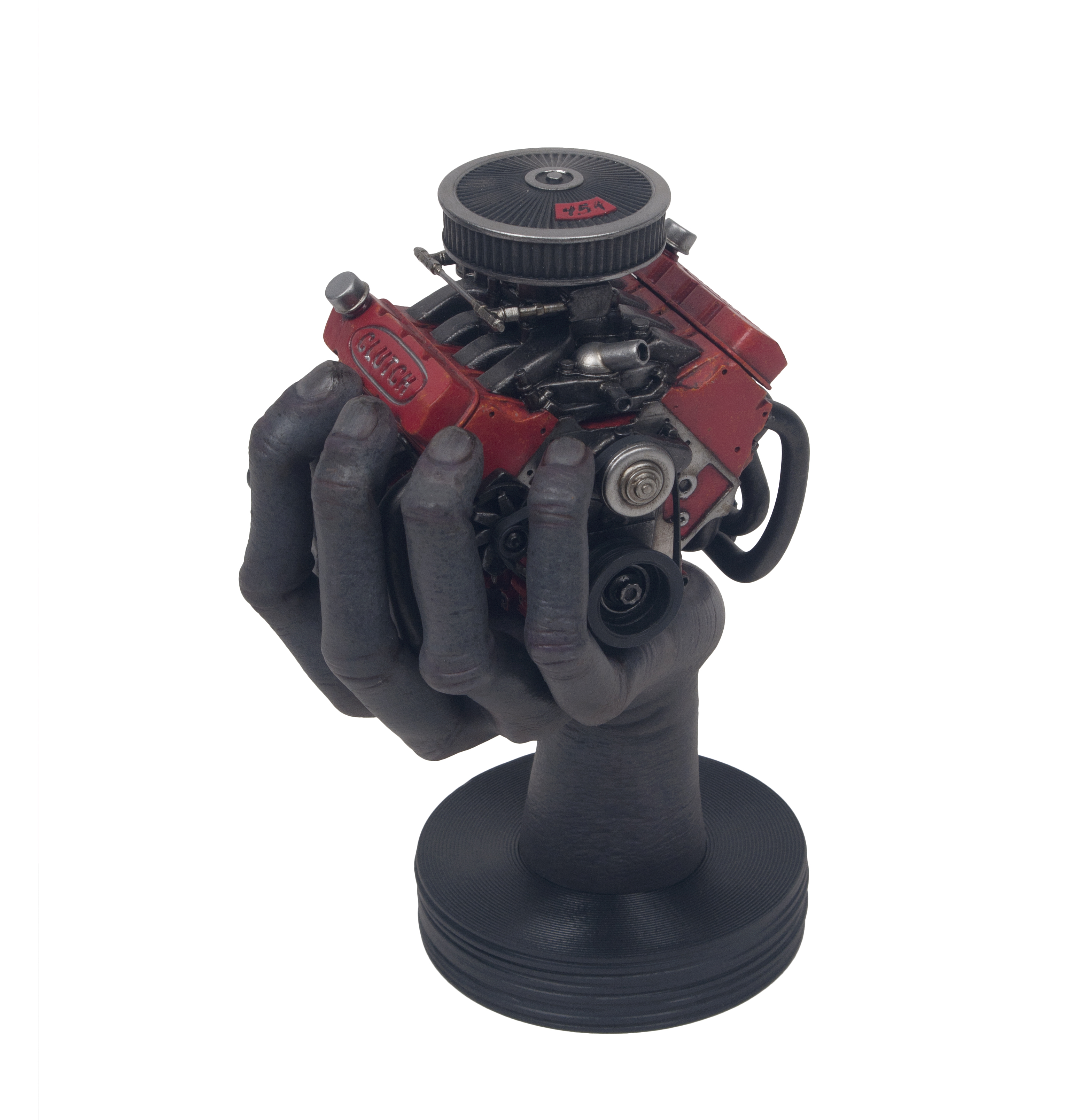 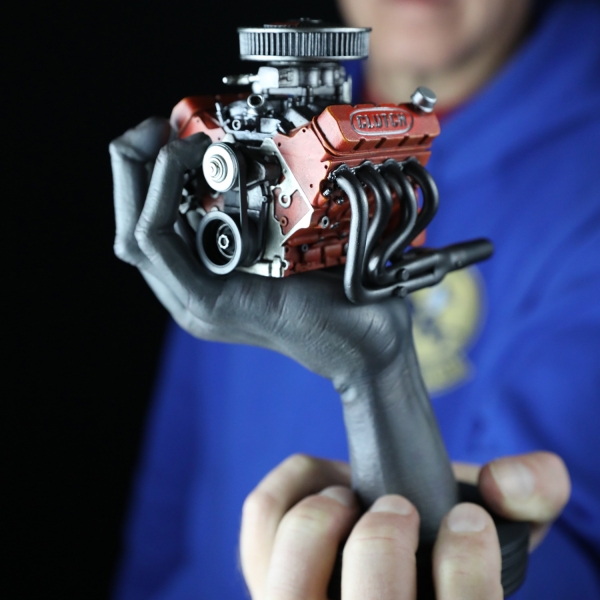 The band Clutch and artist Derek Hess are bringing their wildly popular “454” design to life with the help of the team at Arcane Visionaries. “Derek Hess has drawn and designed some of my favorite Clutch concert posters,” said Neil Fallon, the band’s lead vocalist. “A few years back, Derek designed a Clutch t-shirt with a ghoulish hand holding a 454 engine and now Derek has turned that image into a limited run of beautifully detailed sculptures, conveniently sized to fit on your desk…or dashboard.” Every detail of the 7 inch, hand-painted, mixed media Polyurethane Resin Figure was meticulously sculpted by Chris Dombos and painted by Elvin Torres. “We did this for the chance to work with the iconic Derek Hess and Clutch, a band I grew up seeing many times in Cleveland,” said Dombos. “Hess’ work transcends art and his connection to music through shows at the Euclid Tavern and his own Strhessfest made it such an honor to work on this piece!”  The limited edition sculpture comes with a certificate of authenticity signed and numbered by artist Derek Hess.

* Unfortunately this item is ineligible for some promotions and discounts. 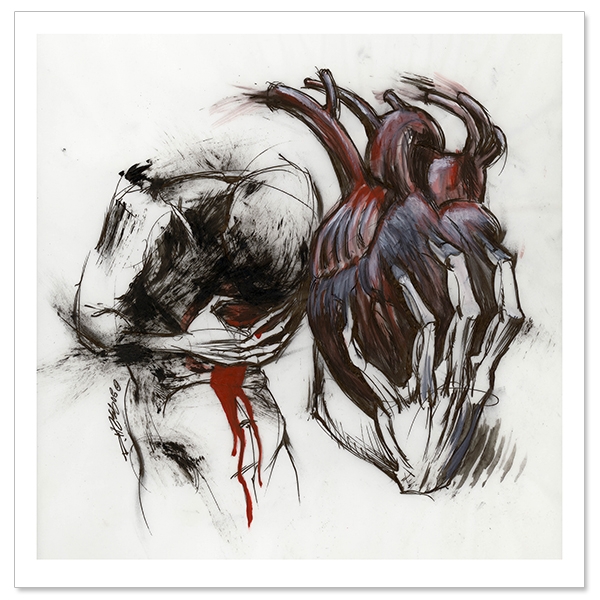 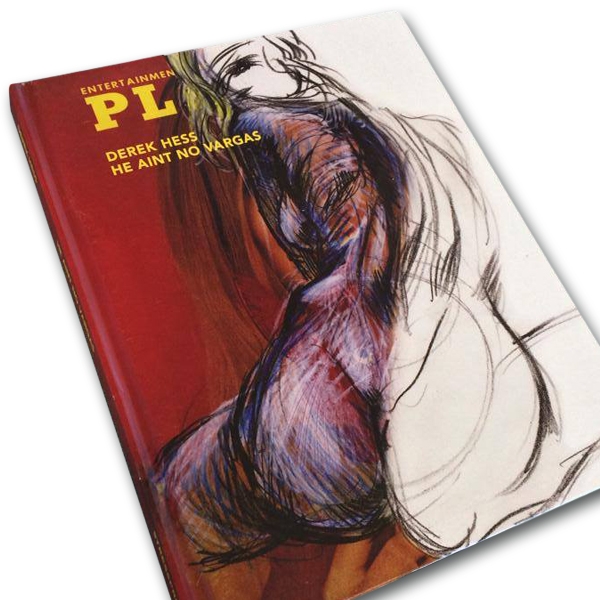 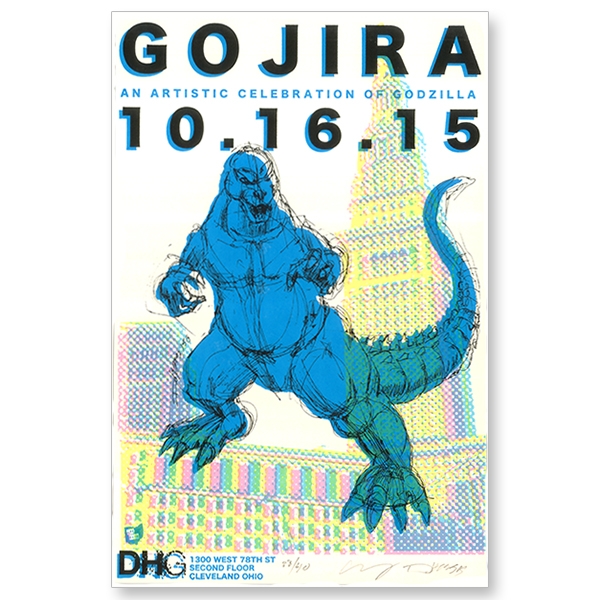 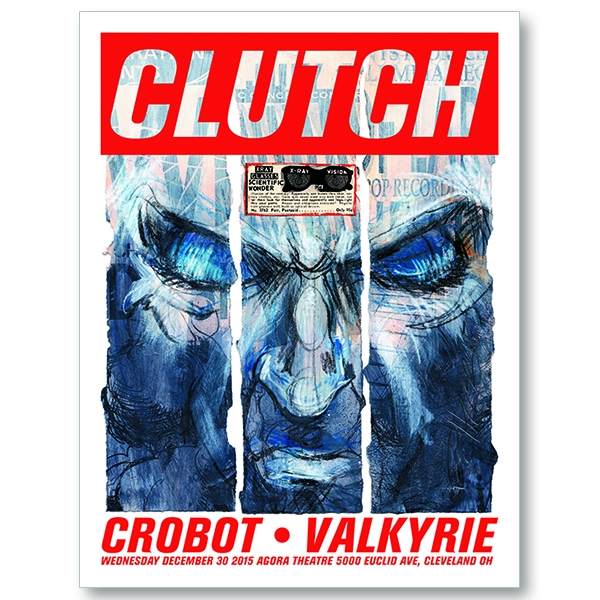