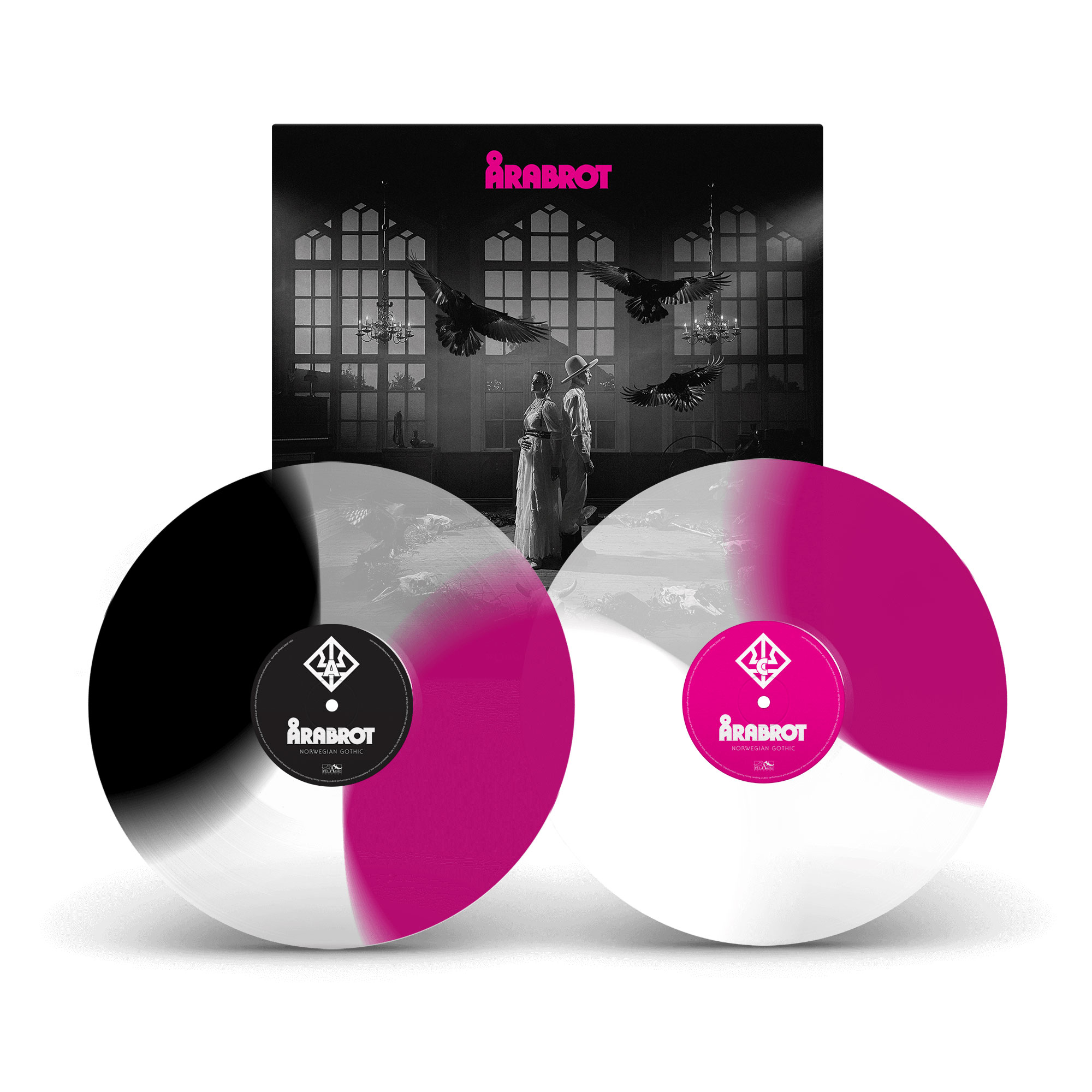 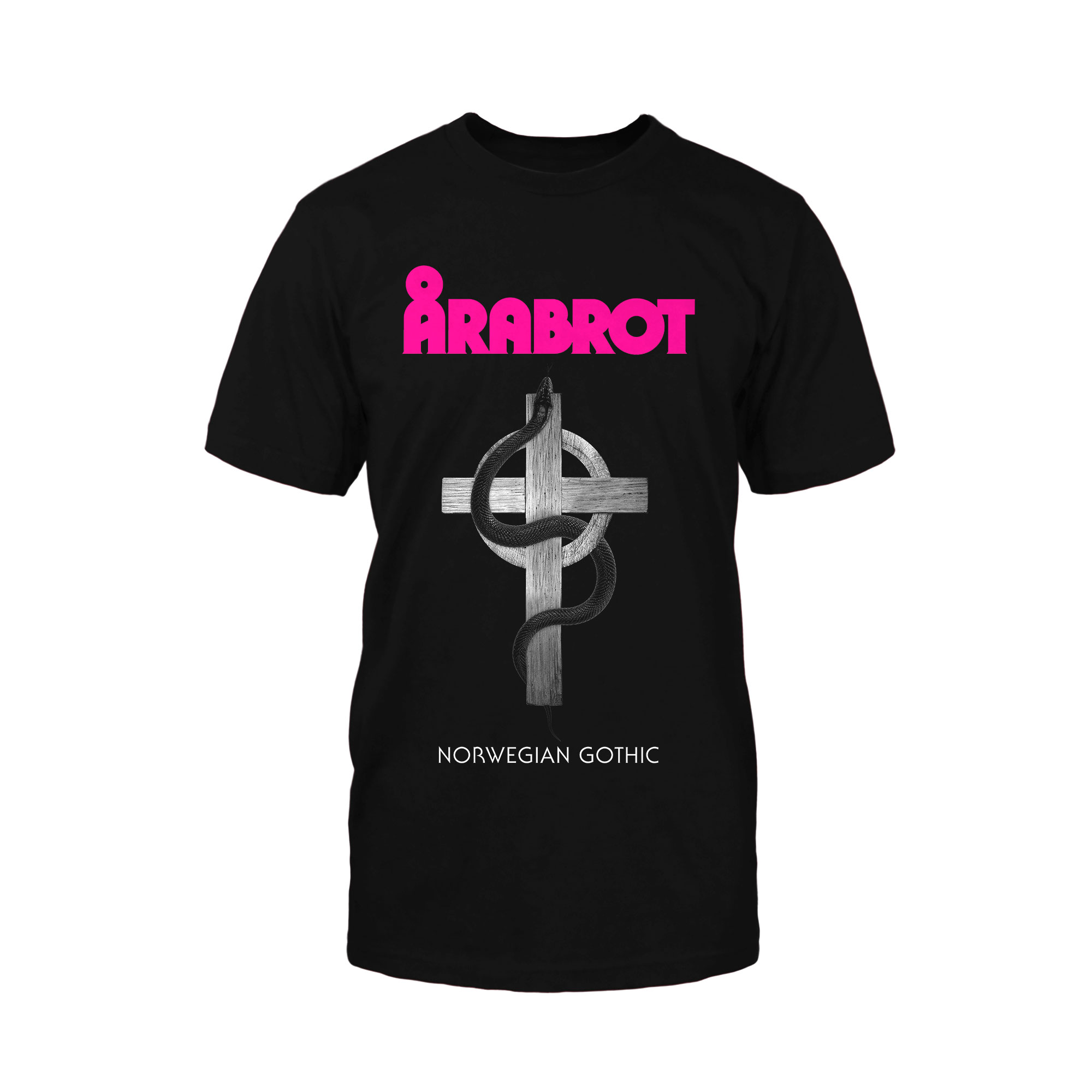 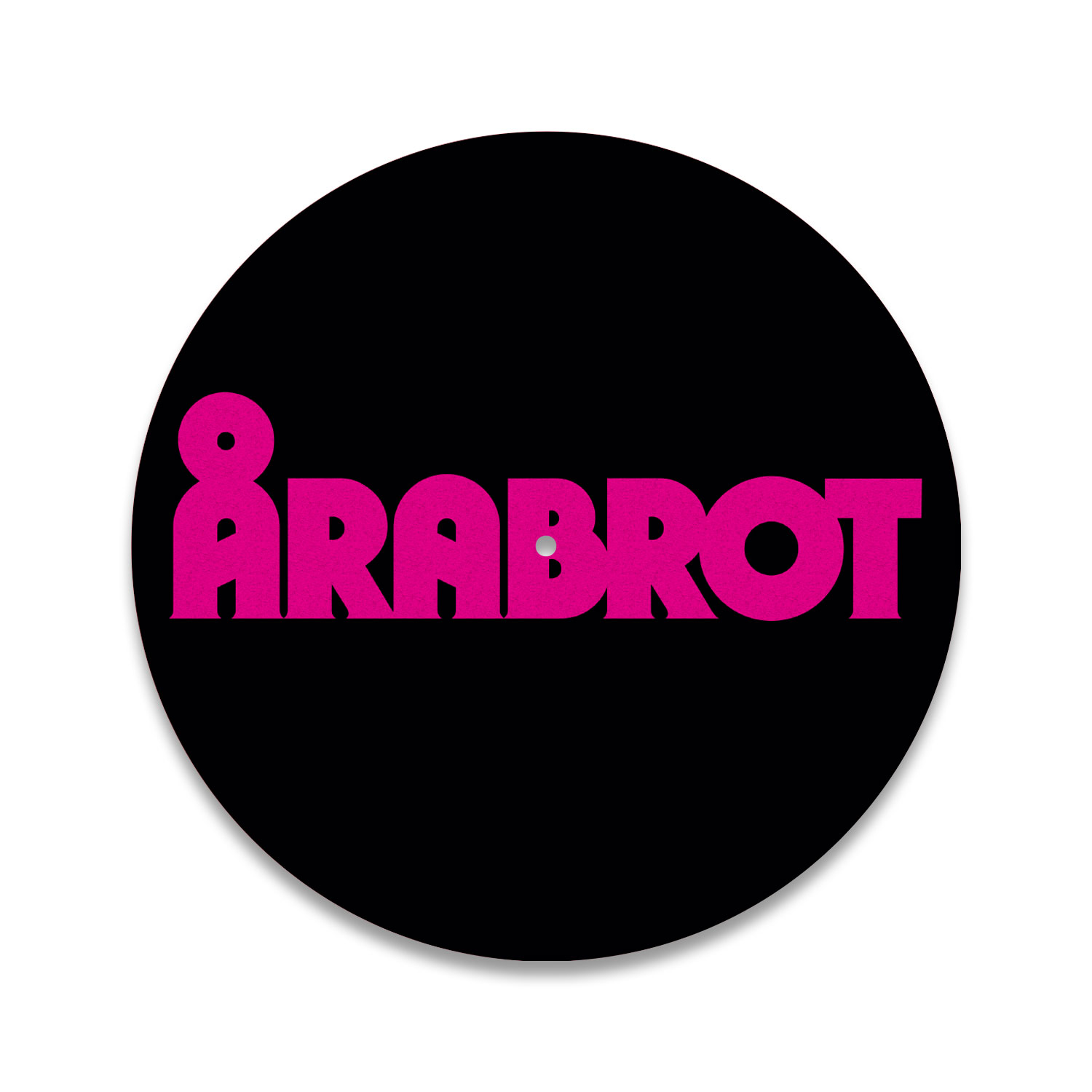 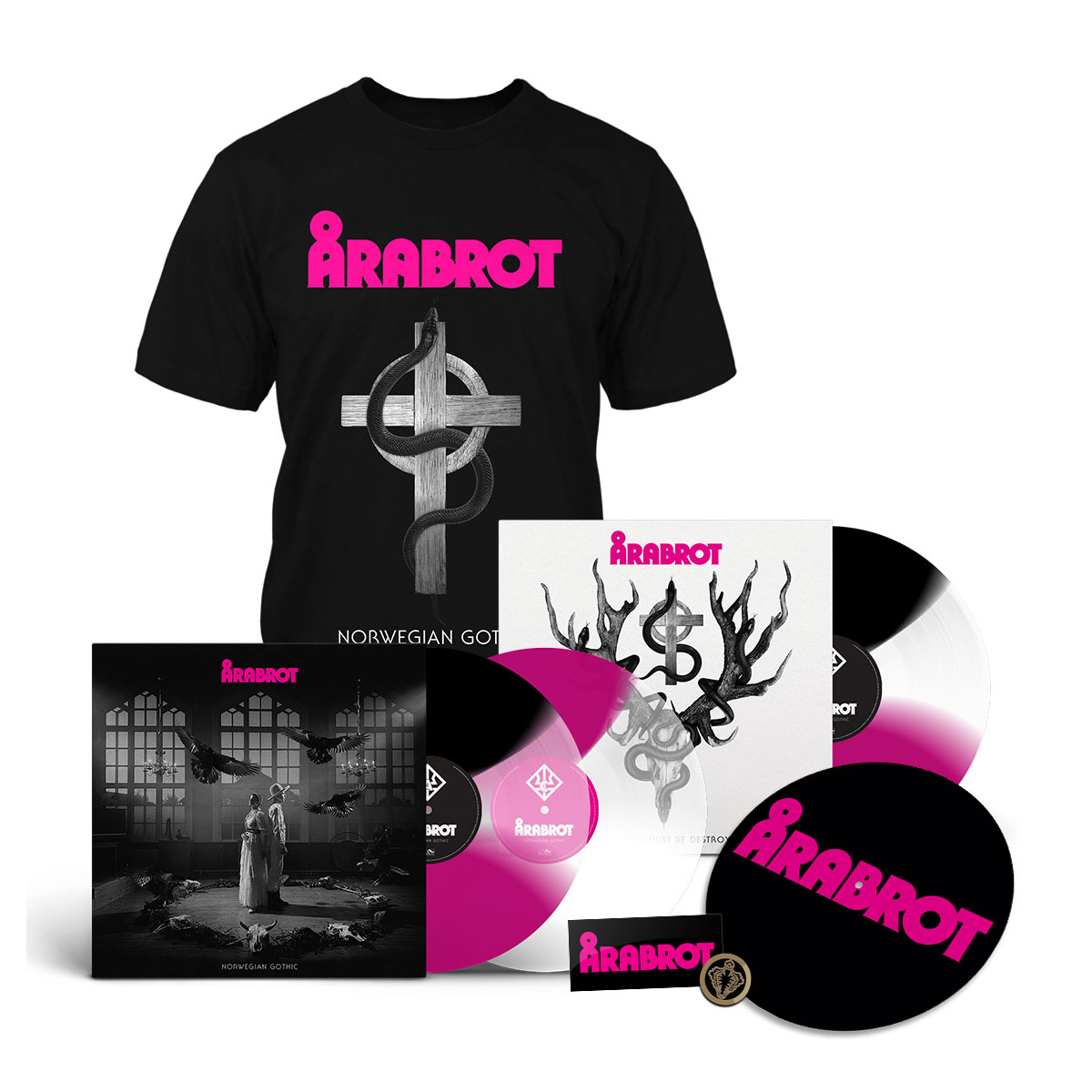 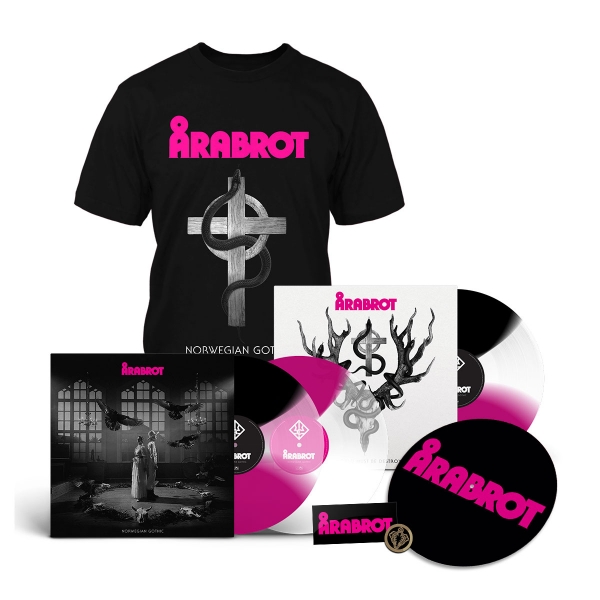 -The World Must Be Destroyed 12" (Hard Love Vinyl)

Kjetil Nernes confirms:
"Norwegian Gothic is the culmination of everything Årabrot has done musically the past 10 years. It is not only the climax of the band so far, but also a good indication of what to come. It is basically an amalgamation of all of our influences here in the church where we live. Musically it is inspired by all the albums of our record collection and thematically by the books we have in our shelves. More specifically it is our special brand of rock'n'roll music mixed with fin-de-siecle decadence, surrealism and even a pinch of old German philosophy to boot."

While the 20 years history of the band is a story of change and correlation, it would be too simple to break this creative duality down to the stereotypical dichotomy of the yin and the yang... and if one attempted to do so, it would turn out to be quite difficult to determine which of these forces would be represented by which individual.

A chubby child from a christian family, growing up in a small Swedish village and years spent in a Missionary school in Japan made Karin desperate to break away from narrow thinking. And she used her only advantages to do so; her unique voice and personality. By the age 15 she had moved away from home to find her place in music. After studying at Stockholm Music Conservatory, a Norwegian poet took her to Norway where she started her pop career, this was followed by a move to London to write songs, and working as a model.

After five albums, a few Grammys, writing a Eurovision entry for Norway and hits for other artists and performances with Lana Del Rey and David Bowie, Karin returned to the village of her youth and bought the church where she first sang in front of an audience as a child. The church is where they rehearse and record, surrounded by pianos, organs and hundreds of old bibles that the church left behind when the congregation stopped. The clerical environment has proven to be an excellent creative tapestry for a band whose lyrical focus orbits around sex, death and defiance.

Kjetil Nernes was diagnosed with malignant throat cancer in 2014, in the middle of a tour. Instead of heading in for surgery right away, the band finished a full European tour first, "Every night of that tour was like the last show ever“, Nernes comments, "It was really strange. When a doctor calls and says, 'you're terribly sick', it's surreal. You go into this phase where life is more vivid and more real, in a weird way. We've done so many shows through the years and sometimes it’s a little like going to the factory to do a job. But with an axe hanging over your head you perceive the world differently.“

But the axe did not fall, and after successfully recovering from cancer, ÅRABROT are now stronger than ever. The band has collaborated with procuders like Billy Anderson and Steve Albini, and musicians like Ted Parsons (Killing Joke/Swans), Sunn O))))'s Stephen O’Malley, and Kvelertak's Erlend Hjelvik. They have composed music for silent movies like “Die Niebelungen” and “Doctor Caligari”, and have teamed up with The Quietus founder John Doran on his spoken word tour. Their album “The Gospel” was named “Album of the Year” by The Quietus. 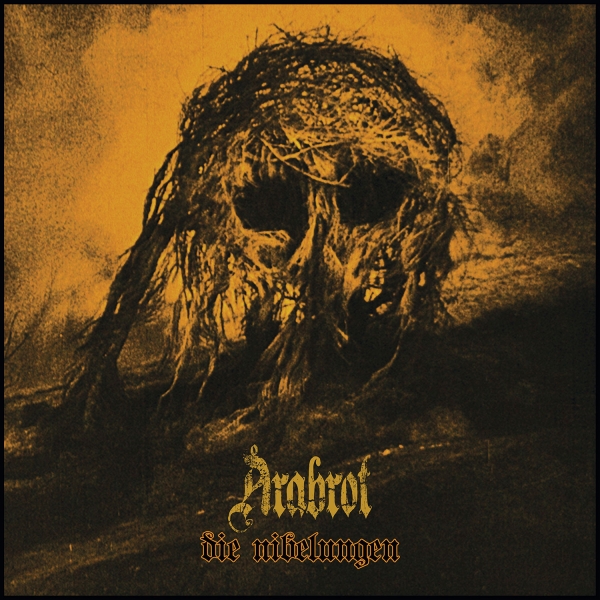 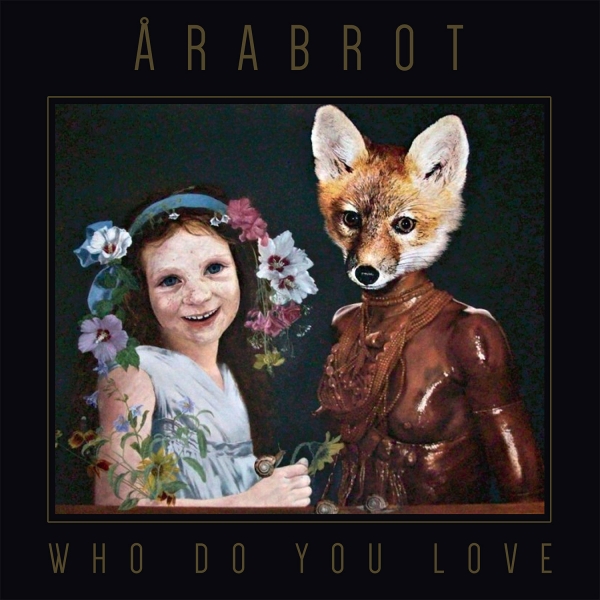 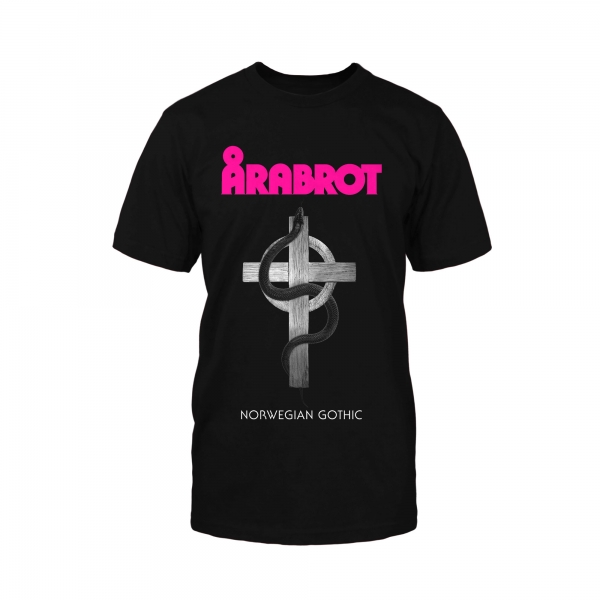 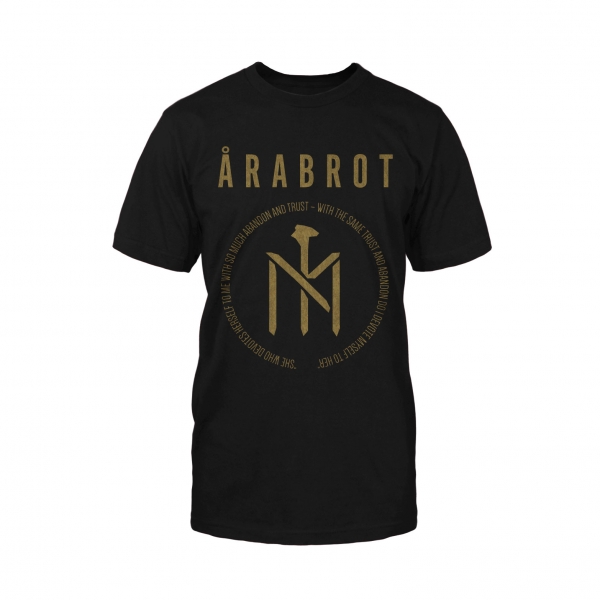