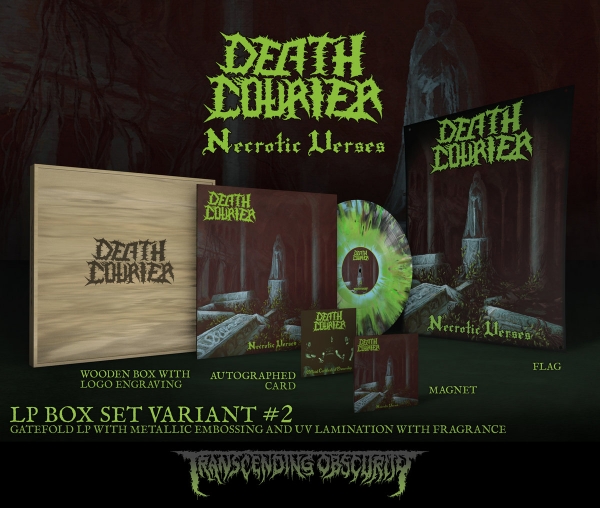 We're opting for a solid wooden box for this spectacular looking album. It's legit wood and bigger and obviously stronger than any of our previous LP box sets. Moreover, it has a laser-engraved logo adoring a significant front area of the box. These are limited to just 25 per variants, so they're definitely worthy collector's edition additions!

Legendary death metal band Death Courier are one of the earliest bands from the Greek metal scene releasing a slew of demos from way back in 1987 and putting out an album and an EP in the early '90s. More than three decades later, the band is on the verge of releasing one of the strongest albums to come from the Greek death metal scene. It's hard to believe that this is the same band because the energy level is off the charts and everything has been amped up to match present day standards without of course changing the core sound and integrity. The music is still essentially the pulsating, rabid death/thrash metal kind and there remains that palpable hunger in the members to create memorable and gnarly music that they were known for. This is a lethal new album that throws down the gauntlet to the naysayers doubting the band's prowess after so many years, who will invariably be forced to eat their words. 'Necrotic Verses' will grab you by the throat and won't let go till the shockingly potent album is over. Death Courier have set new standards for themselves and others to look up to, all over again. 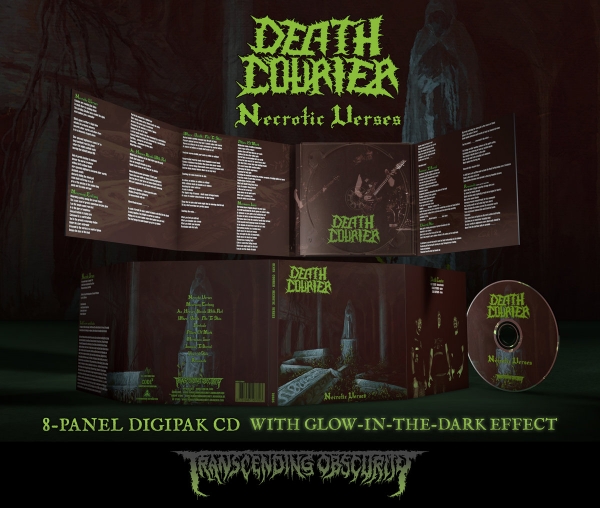 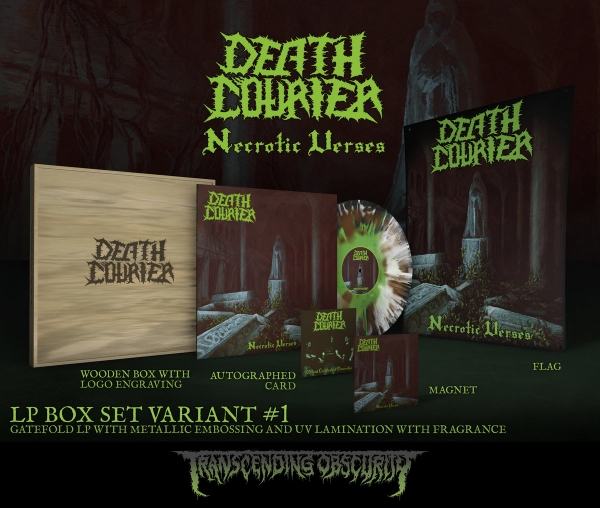 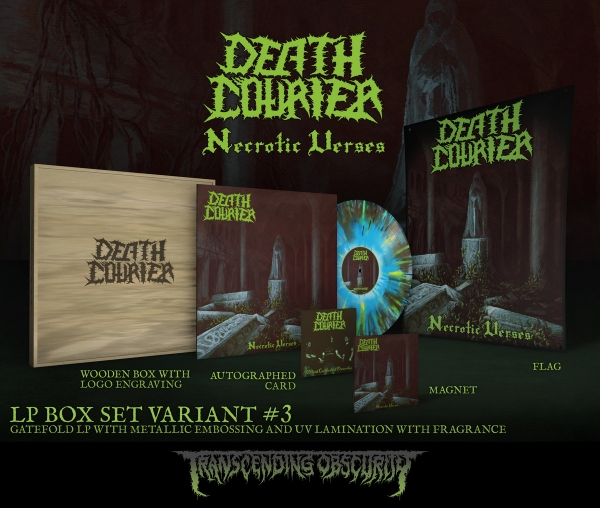 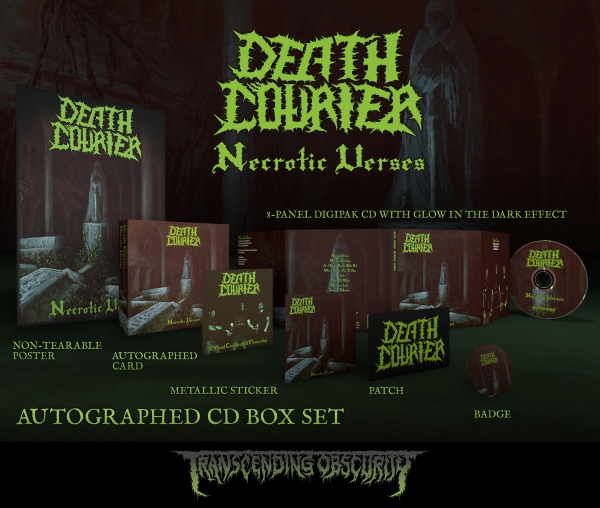