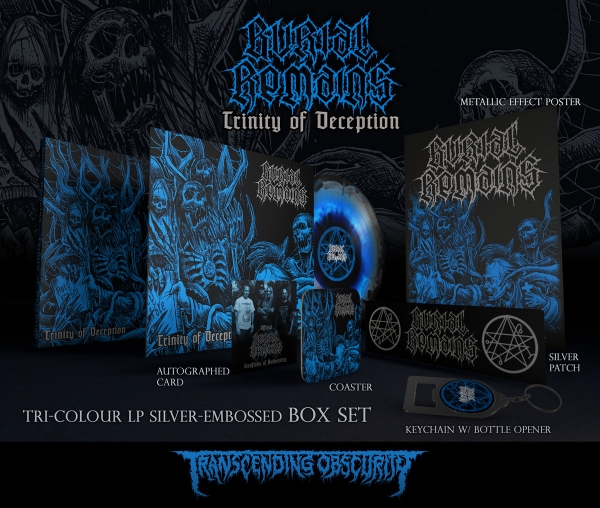 The Burial Remains LP box set comes with a set of some exclusive items in a massive sturdy box with silver embossing done on the logo and special UV highlights on selected areas. Each of the box set comes with the following items -


One of the most promising old school death metal bands with members of FLESHCRAWL, GRIM FATE, etc. give us their debut full length titled 'Trinity of Deception'. Mixed and mastered by Jonny Pettersson of WOMBBATH, HEADS FOR THE DEAD and more, with guest vocals by none other than Ralf Hauber of REVEL IN FLESH, HEADS FOR THE DEAD, this is one death metal release that will send out shock waves in the underground. With phenomenal artwork from Mortuus Art of SADISTIK FOREST fame, every little aspect of this release has been taken care of by known professionals. Musically, this is a devastating slab of old school death metal that is worthy of being mentioned alongside the genre's greats such as CARNAGE, DISMEMBER, ENTOMBED and GRAVE, with the difference being that these guys are faster, hungrier, and play with maniacal energy. It's a breath of fresh air when most bands are trying to play safe and these guys are just rampaging through everything in their path. 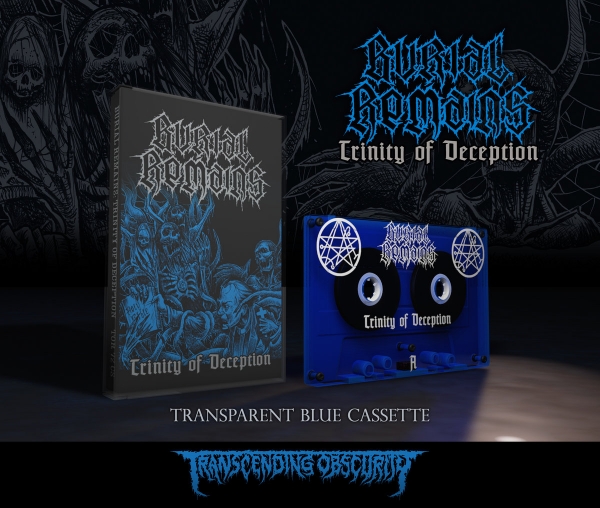 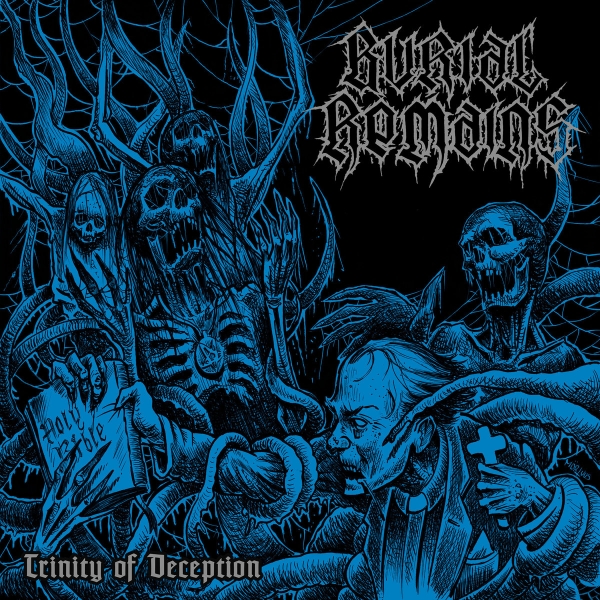 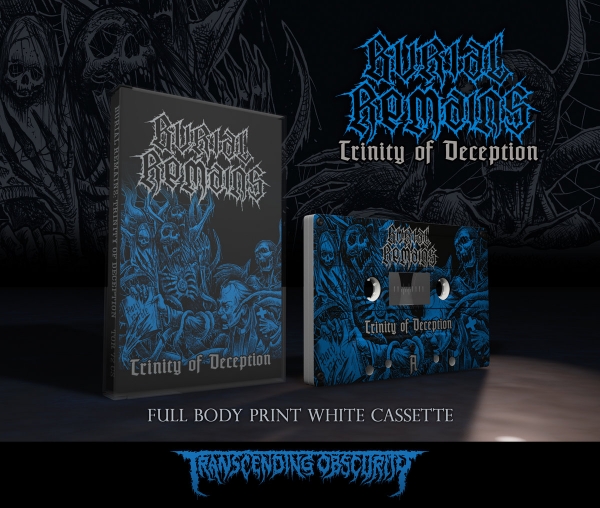 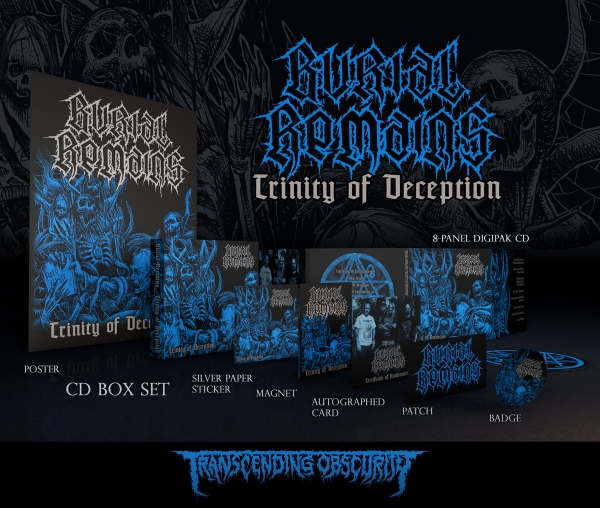