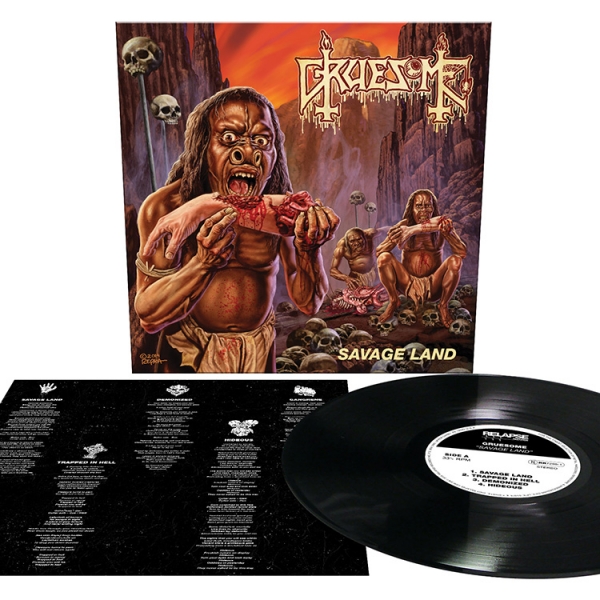 Gruesome "Savage Land" 12" on black vinyl. This 5th pressing is limited to 500 copies!

GRUESOME's debut Savage Land is an intentional homage to the first wave death metal scene of Tampa, Florida, specifically Death's early period. GRUESOME is much more than a tribute band though. Led by Matt Harvey (of Exhumed, Matt was the vocalist and guitarist on the original Death To All tour) and rounded out by a band comprised of current and former members of Possessed, Malevolent Creation and Derketa, GRUESOME sound like they were plucked right out of 1988. This is an absolutely top notch filthy slab of old school death metal, played by the some of the scene's most legit players. 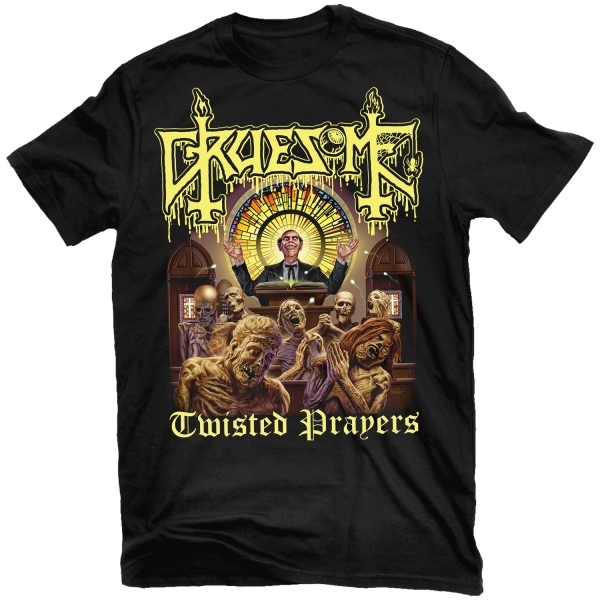 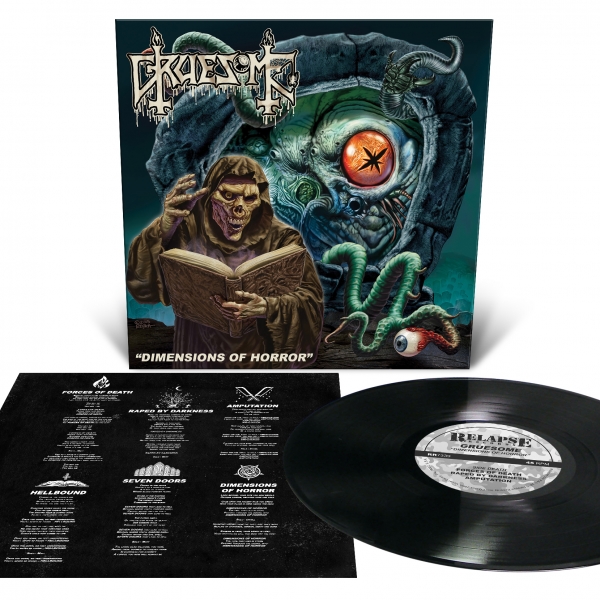 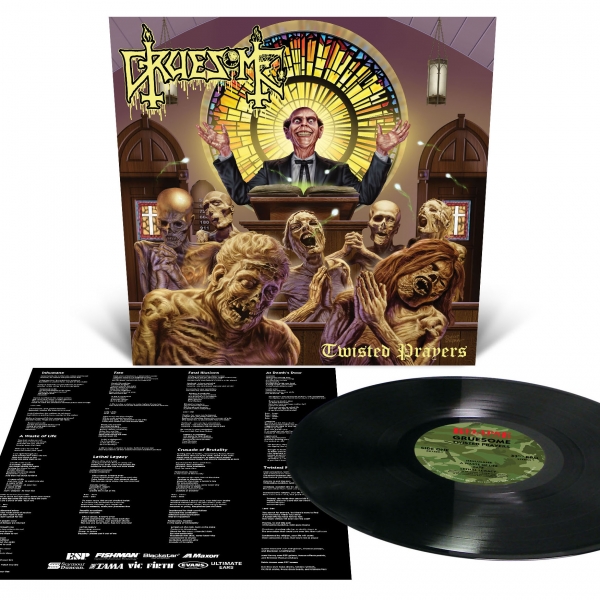 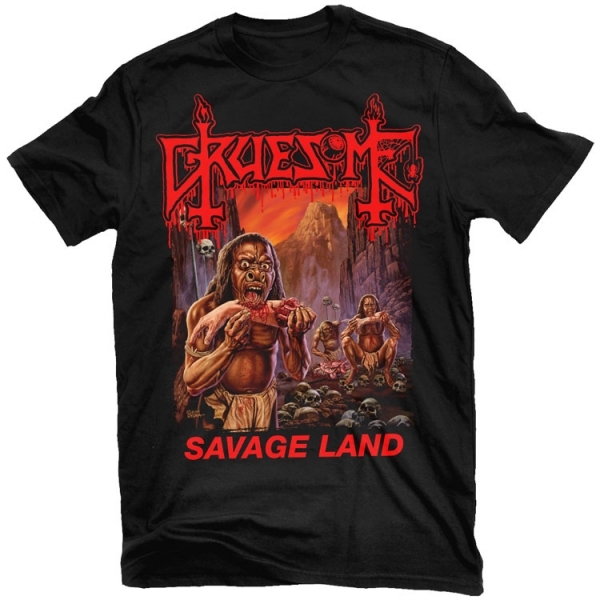